On the fifth day of "Museum Week 2019" dedicated to the theme of exploration, we’ll take you inside the Renaissance Palazzo della Cancelleria, where at the end of the Thirties an astonishing discovery of an underground lake and archeological remains dating back to Ancient Rome took place, now visible as part of the permanent exhibition path on Leonardo da Vinci. 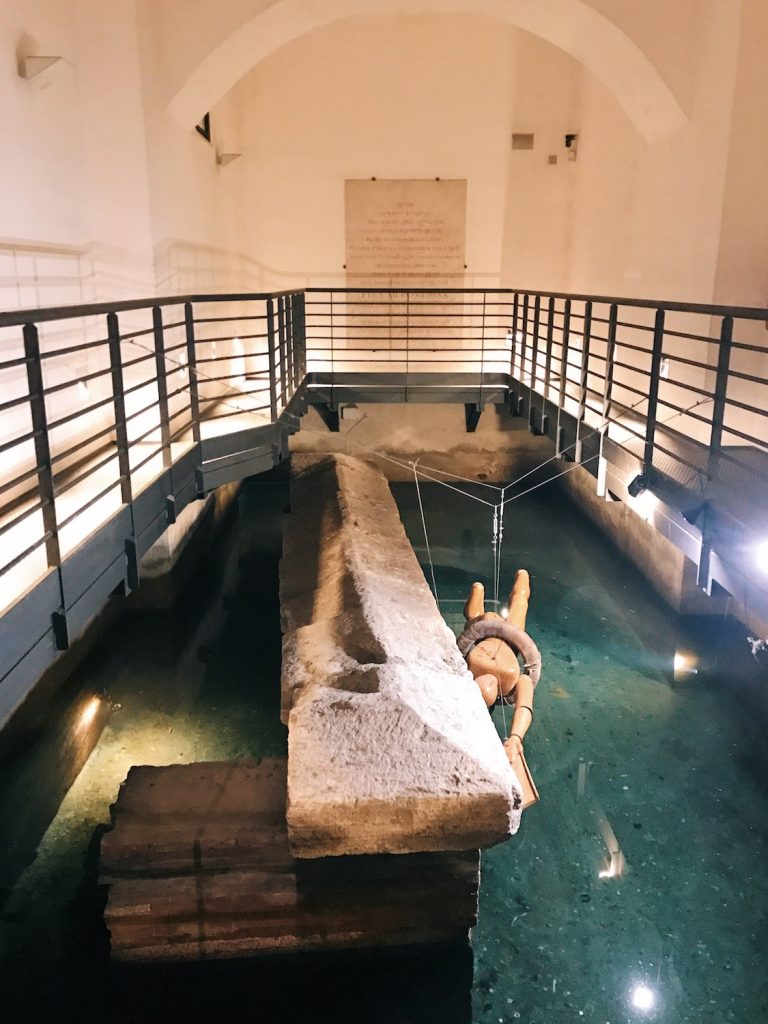 The extent and variety of underground Rome spaces and treasures has been always renown and celebrated by artists and adventurers during history. Nevertheless, new archaeological findings and structures belonging to this invisible side of the Eternal City continuously emerge up to the more recent times.

Back to the last century, the archaeological explorations carried out at the end of the Thirties at the basement of the Renaissance Palazzo della Cancelleria led to the astonishing discovery of a lake, together with other evidences dating back to Ancient Rome. 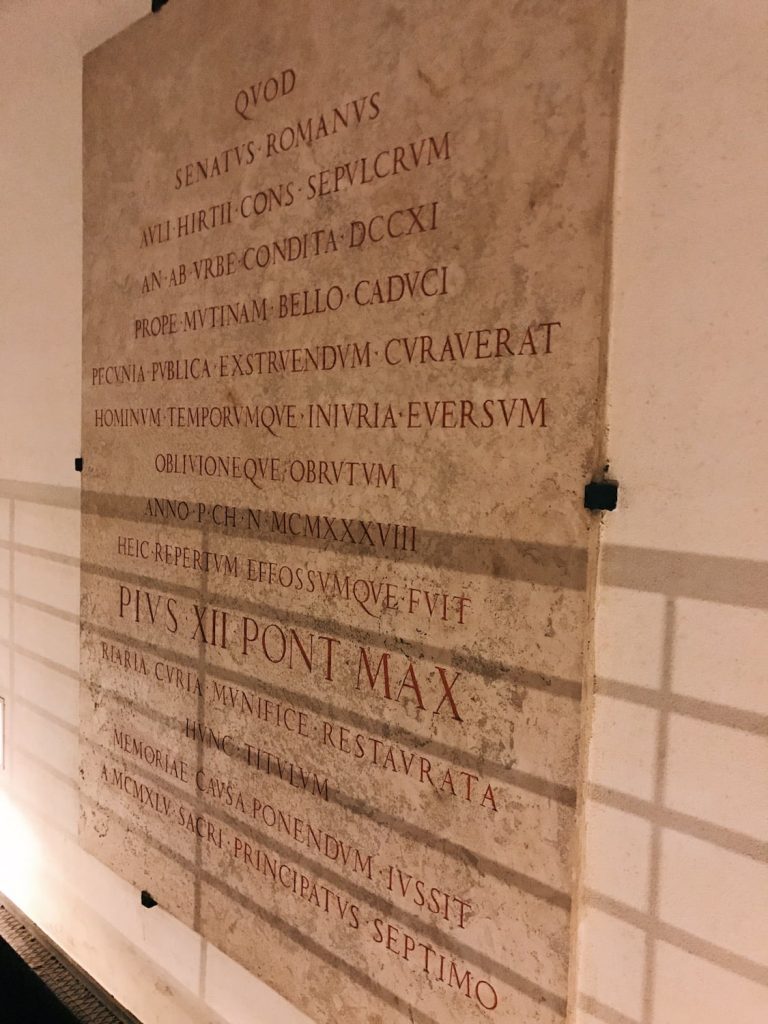 Commemorative slab celebrating the finding of the Sepulcher of the consul Aulus Hirtius in 1938, put in place in 1945 during pope Pius XII's pontificate, Rome, Palazzo della Cancelleria.

The underground lake beneath Palazzo della Cancelleria resulted from the obstruction of an artificial channel named “Euripus”, that originally crossed the Campus Martius area and lengthways coasted the Cancelleria palace and originally connected the stagnum Agrippae to the Tiber river near the present bridge “Ponte Vittorio Emanuele II”. 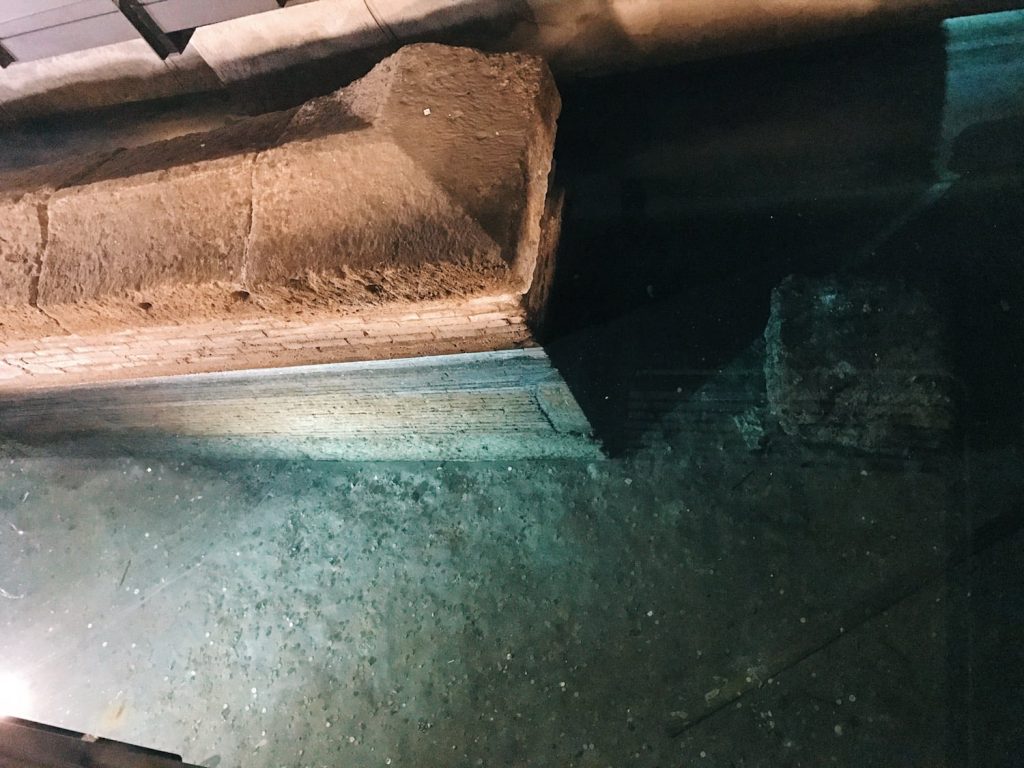 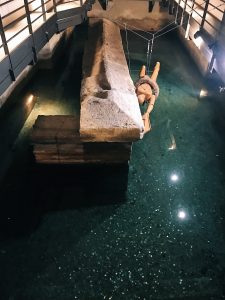 The function of the Euripus consisted in regulating the water level of the stagnum Agrippae, a “natatio” (meaning a sort of swimming pool in Latin) located at the western side of the Baths of Agrippa and fed by the Aqua Virgo, the same Roman aqueduct which would have then supplied the Trevi Fountain.

The cannel outflow was obstructed by the building of the Tiber embankments at the end of the 19th century, contributing to the stagnation of waters and the birth of the artificial lake below the Palazzo della Cancelleria, which has been fed also by the aquifer.

Several sepulchers were located along the Euripus, such as the Sepulcher of the consul Aulo Irzio, partially cut by the foundations of the Cancelleria palace, now visible as almost completely submerged by the water of the canal. It is constituted by a square enclosure (6 meters long) with a tuff base, brick walls and a travertine double-pitched roofing. 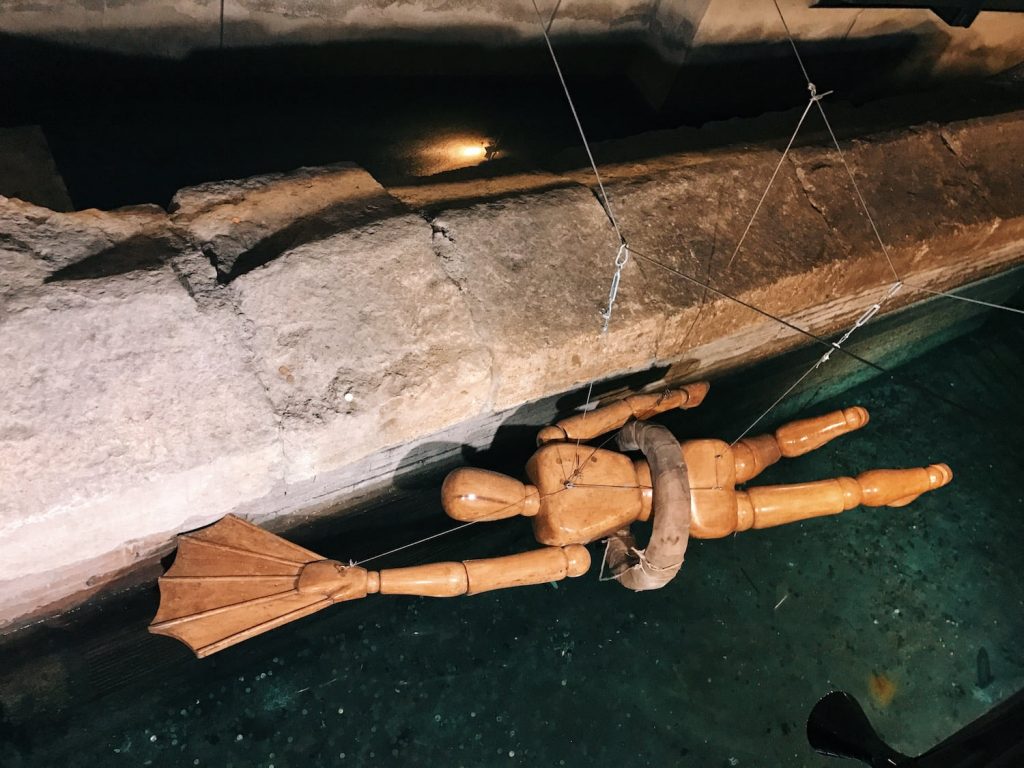 Reconstruction of Leonardo da Vinci's inventions for swimming next to part of the sepulcher of Aulus Hirtius, partially submerged by the water of the Euripus canal, Rome, Palazzo della Cancelleria.

Some memorial stones that delimitated the sepulcher area mention the name of the consul Aulus Hirtius, legate of Gaius Octavius who heroically died in the battle of Mutina against Mark Antony.

Leaning against the sepulchers were discovered the Ara dei Vicomagistri dating back to the age of  Claudius (41-54 AD) and some reliefs slab called “rilievi della Cancelleria”, now housed in the Vatican Museums and here substituted with casts.

Send this to a friend
We use cookies to ensure that we give you the best experience on our website. If you continue to use this site we will assume that you are happy with it. OkRead more