On the third day of "Museum Week 2019" dedicated to the theme of "play", we'd like to invite you to an involving challenge, aiming at triggering curiosity towards hidden peculiarities of some art museums and galleries in Rome.

We've therefore created a quiz composed of five unusual questions, which will allow to show either your knowledge and passion towards Art or to discover some lesser known gems about celebrated and off-the-beaten-path museum artworks and halls. So, put yourself to the test with our Milestone museum quiz and discover if you are a real expert of Rome museums!

TAKE ME TO THE QUIZ!

When you'll have all the five questions answered, submit them alongside with your name and email address, so we can notify you through one email about the result of your quiz.

Basing on the average results of the other participants, the winner will be drawn among the readers who will guess the higher number of questions. The recompense for the winner will be a visit with Milestone Rome co-founders to a museum in Rome by her/his choice or, if she/he won’t be able to come in Rome we’ll dedicate a post and a live streaming to her/his chosen visit.

Discover more about the questions

This quiz has been created to try a different, more open and direct approach to the cultural heritage of Rome thanks to digital channels. We also deem this as a new chance to deepen less investigated aspects about museums collections and spaces, so we've highlighted the stories and identities of artworks the quiz questions are about in the following paragraphs.

The Galleria Spada represents a rare example of “quadreria” in Rome, such as the Galleria Doria Pamphilj and the Galleria Colonna, that is a collection of art paintings still in its original location, Palazzo Spada in Rome.

The palazzo, built in the mid-16th century by Bartolomeo Baronino under the commission of the cardinal Giacomo Capodiferro, was acquired in 1632 by the cardinal Bernardino Spada who instituted his marvelous private gallery of paintings, including caravagesque, Emilian and Neapolitan masterpieces, on the noble floor of the palace. 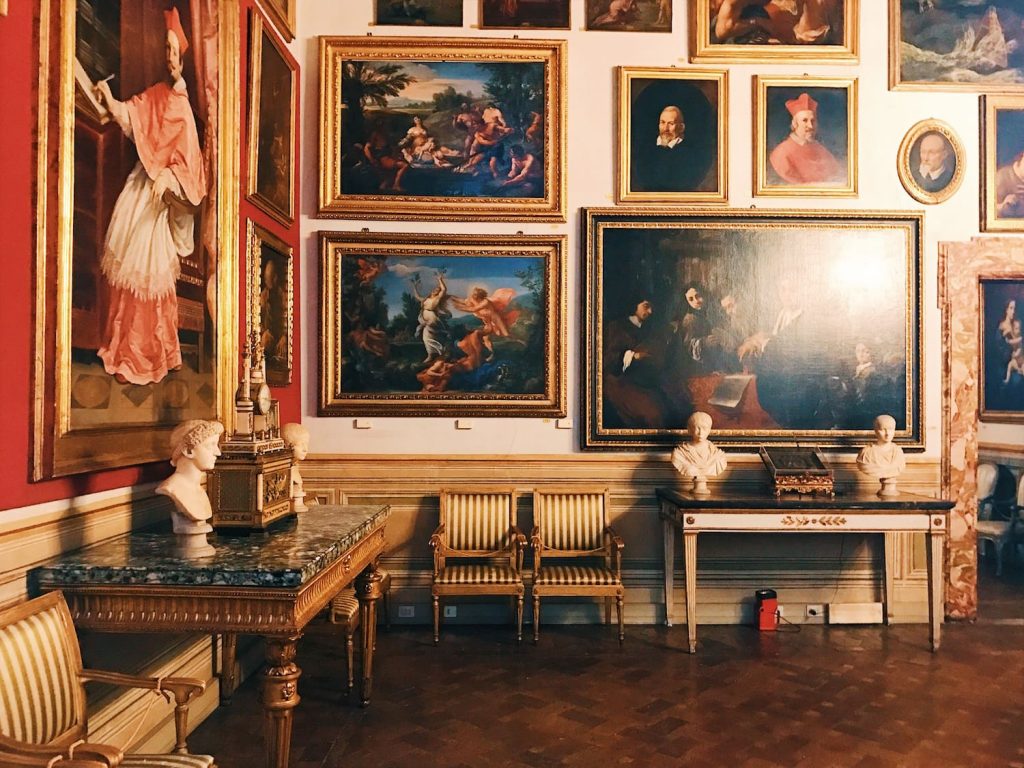 2. The Torlonia alcove at Museo di Roma in Palazzo Braschi

This alcove was the antechamber of the princely bedroom at Palazzo Bolognetti-Torlonia and it is now located on the second floor at Palazzo Braschi. The mythological decoration, inspired by the ancient Roman baths with figures and crowned by the “Judgement of Paris” at the center of the vaulted ceiling, was painted by Filippo Bigioli in 1837. The rich stucco decorations were executed by Pietro Galli, whereas Alessandro Mantovani was the author of the little tondos. 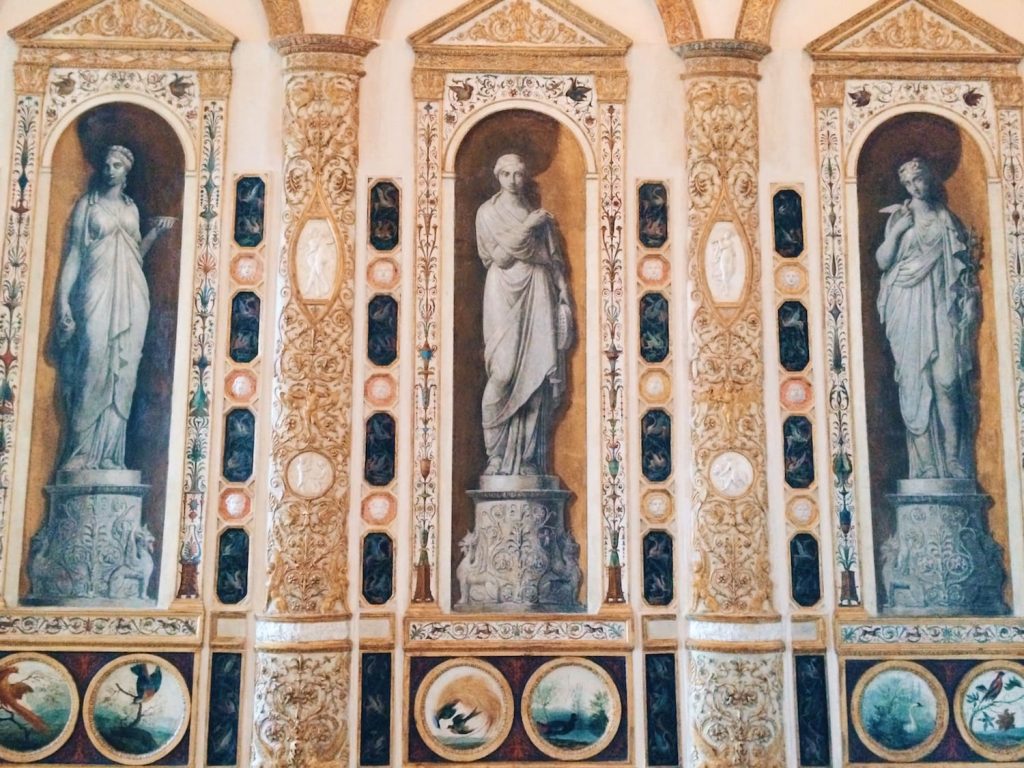 The lion is a detail of the magnificent “Triumph of Divine Providence and Barberini Power” fresco, that was painted by Pietro da Cortona on the large ceiling of the grand salon at Palazzo Barberini between 1632 and 1639, during the pontificate of pope Urbano VIII Barberini. This huge masterpiece is an astonishing example of Baroque opulence and space fluidity where the allegorical figures can freely move thanks to “da sott’in su” perspective. 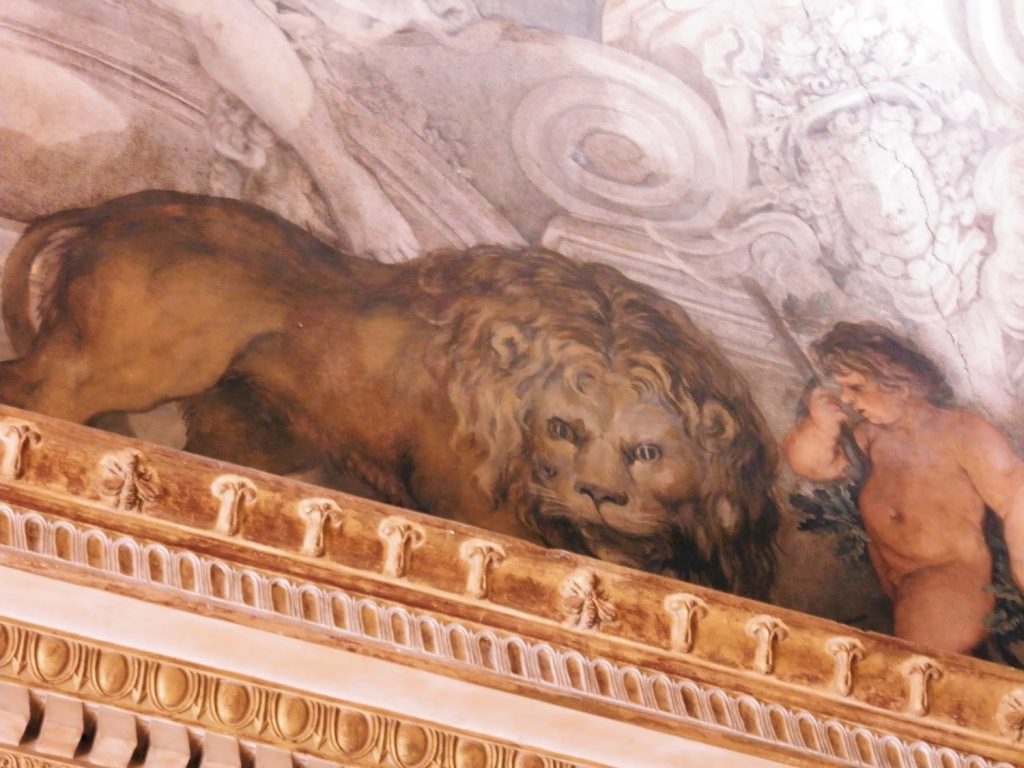 4. The "Transfiguration" by Raphael at the Vatican Museums

On view in the eighth room at the Pinacoteca Vaticana inside the Musei Vaticani, the “Transfiguration” by Raffaello Sanzio was commissioned by the cardinal Giulio de’ Medici in 1515 and brought to the end by the artist before his death in 1520. This masterpiece is considered as the manifesto of the latest artistic heights reached by the painter and shines at the center of the hall, scarcely illuminated to preserve the Flemish tapestries housed in the same spaces.

The monumental “Sala del Concistoro” at Palazzo Venezia was built after the Venetian noble Marco Barbo was appointed as the cardinal patron of the basilica di San Marco Evangelista al Campidoglio, to succeed his relative Pietro Barbo who was elected as pope Paolo II in 1464, in a context of palace enlargement. The actual decoration was designed by Armando Brasini in 1924 and the paintings were executed by Giovanni Costantini. 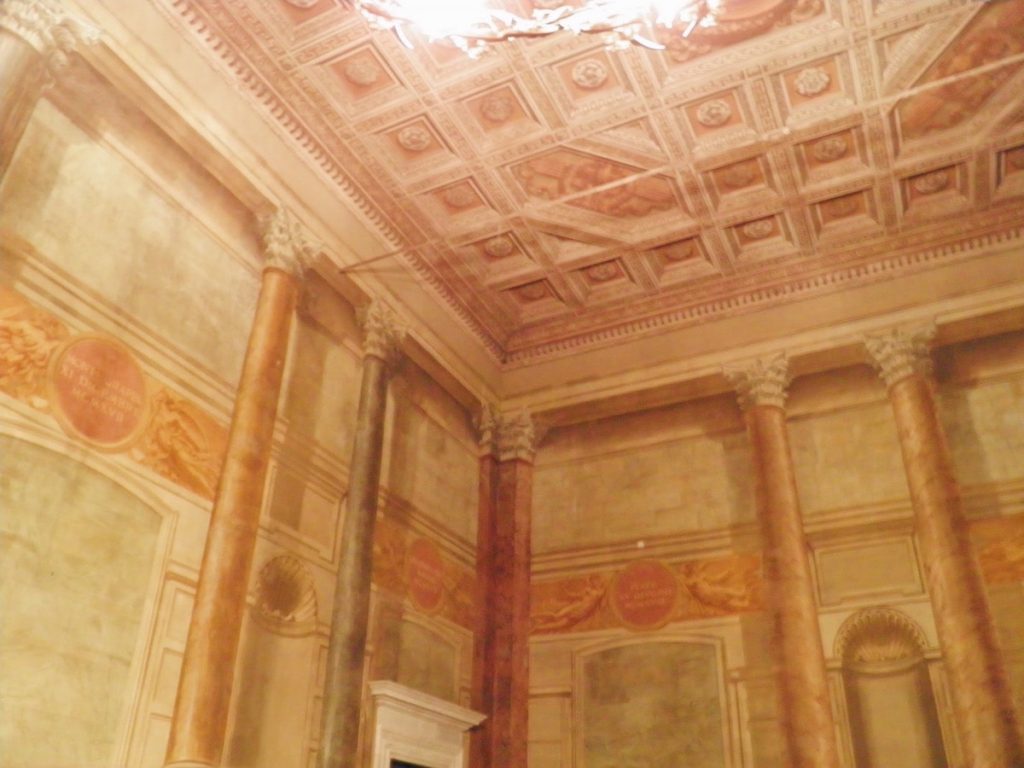 Sala del Concistoro o delle Battaglie, belonging to the monumental halls visited during the tour by night of Palazzo Venezia in Rome, guided by the museum director Sonia Martone, on the occasion of “Il giardino ritrovato” initiative on 2016 summer nights.
TAKE ME TO THE QUIZ!