The museums are gems chests and, especially in Rome, are located in historical buildings that have gathered treasures and memories through centuries of glorious history. Most part of this hidden heritage silently rests in the storages, that are usually rooms not-accessible to public, designed and kept according to strict conservation standards.

Since the second day of the "Museum Week 2019" is dedicated to the secrets and behind-the-scenes glimpses of a museum daily life, we’ll track down a list of museum storages that are preciously open to visitors.

The Galleria Nazionale d’Arte Moderna e Contemporanea in Rome houses a relevant collection of nearly 20k Italian and foreign artworks dating between the 19th and the 21st centuries.

The underground seven storage rooms of the museum represent the foundation of the living museum and a unique research field. Three storages are dedicated to paintings, three to sculptures and one to the graphic arts.

Every month two of these rooms open to the public through visits guided by the museum art historians, the so-called “deposito dei pannelli di ferro” housing paintings on metal panels and the “deposito 6” storing contemporary art paintings. 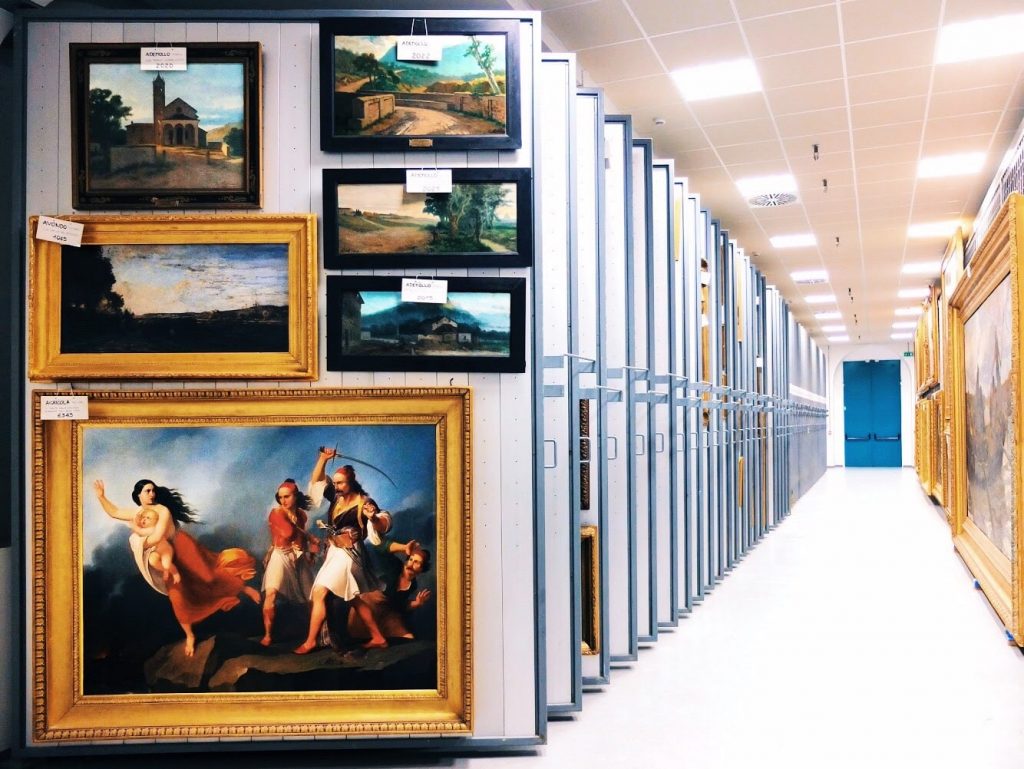 The storage at Museo Pietro Canonica houses around eighty artworks belonging to the Borghese collection and mostly decorating the park of Villa Borghese.

The artworks were removed from the park and located between 1986 and 1999 in the Museo Pietro Canonica storage, which then underwent a restoration work to better safeguard them, accomplished around 2010.

The area open to visitors since 2015 is constituted by an open space that is the lower garden of the Museo Pietro Canonica, where the bigger or less relevant sculptures have been left, and a closed space where the artworks are displayed against a long gallery in a functional way, in order to allow the highest number of pieces to be contained and a comfortable moving for restoration or exhibition needs. 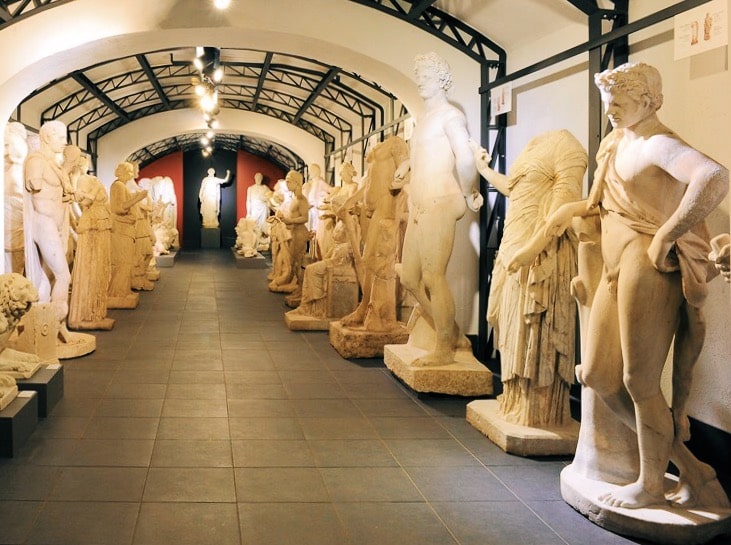 3. Storages of the Galleria d’Arte Moderna

The Galleria d’Arte Moderna of Rome belonging to Rome civic museum network was instituted in 1925 at Palazzo Caffarelli on the Capitoline Hill in range of a wider museum project. The present seat in Via Crispi, in Barberini area (not far from the Quirinal) was established in 1995, in the former convent of Carmelitane Scalze at San Giuseppe Capo le Case and it was enriched with a selection of the masterpiece of the collection.

The scarce space available to display the prosperous collection of this museum fosters a visit to the storages located in the same Via Crispi, that is possible to carry out upon reservation. 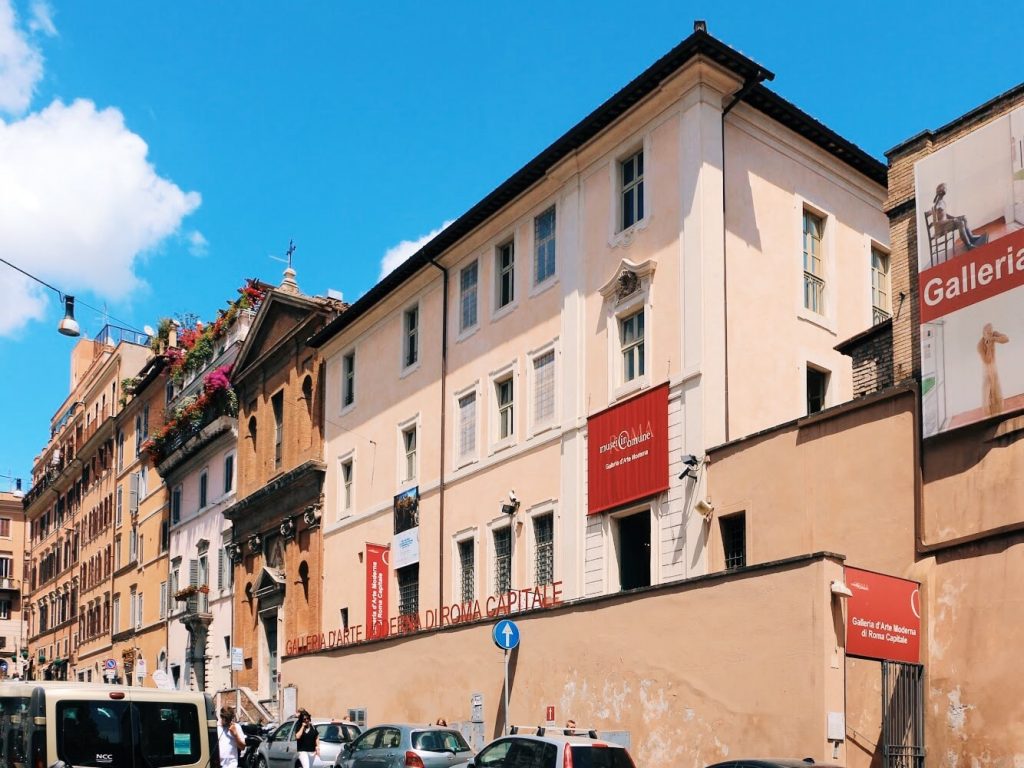 4. Storage of the Galleria Borghese

The storage of the marvelous Galleria Borghese is conceived as a “quadreria”, that is a gallery characterized by paintings on multiple levels. In 2005, at the third floor of the 17th century Villa Borghese Pinciana, the set-up of a “second painting gallery” was accomplished in a bright space open to public.

The wide storage space, articulated on two levels, displays around 260 paintings, including Raphaelesque paintings, 16th and 17th pieces and also a special collection of oil paintings on stones by Antonio Tempesta, artworks executed on copper, alabaster and in-laid works in semi-precious stones. 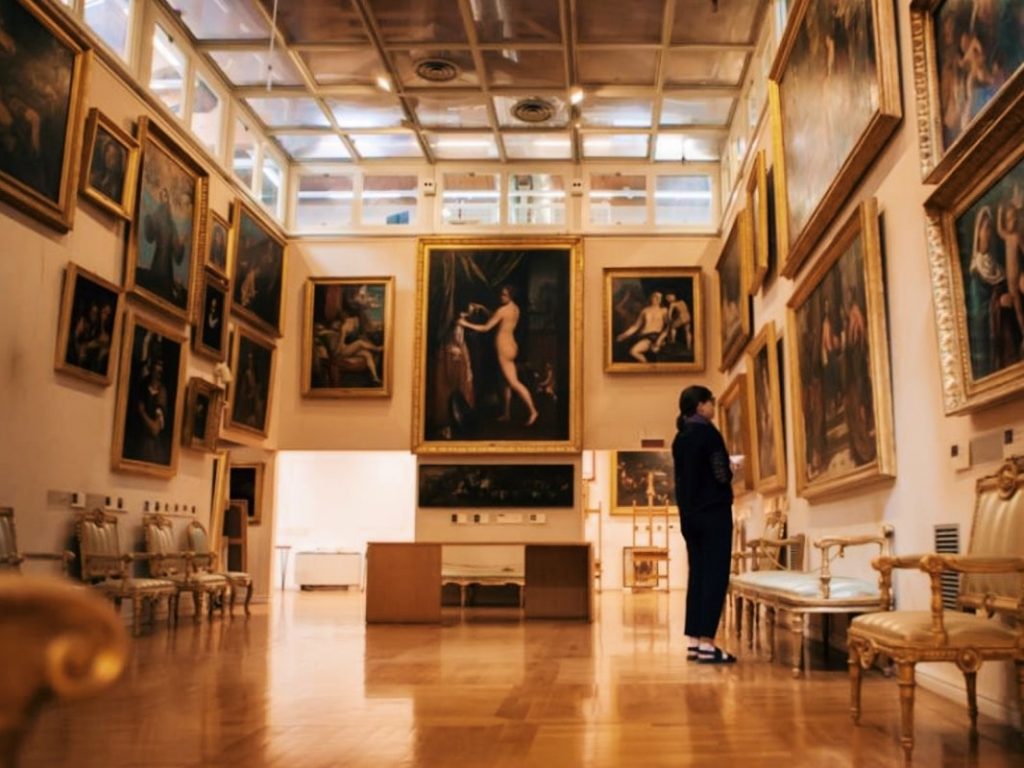