Today the "Museum Week 2018" starts, calling all the museums and the cultural institutions on the social stage to share their collection and engage people around important topics and shared values, as citizenship and tolerance, that are the file rouge of this fifth edition running until Sunday, April 29.

Everyday a theme will be investigated through cultural objects and thoughts, and this Monday it’s dedicated to famous or anonymous women who left a sign in the fields of culture and science in the human history. Let’s discover the stories of some of the bravest women in art history and the artworks they inspired you can see in Rome with us!

Susanna was faithful wife of Joachim, a wealthy lord from Babylon, as told in the thirteenth chapter from the Book of Daniel in the Bible. Joachim’s rich house was frequented by many people, included two elderly judges who began to lust after Susanna and decided together to catch her when they would have found her alone. The time she was bathing in her garden on a particularly hot day, the elderly judges revealed themselves and threatened Susanna to give the testimony that they found her with a lover, in case she wouldn’t have given herself to them. To preserve her honesty, she refused the blackmail and she was unjustly condemned to death for adultery. She was finally saved thanks to young Daniel’s intervention, who demonstrated the judges’ perjury and Susanna’s innocence. 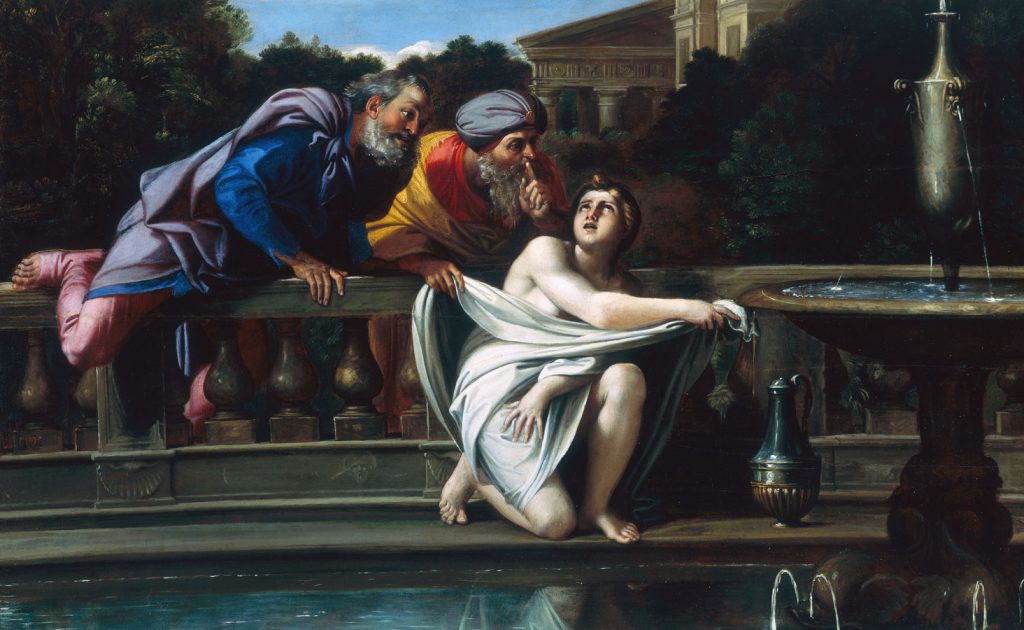 Judith was the daring and fascinating daughter of Merari, a Simeonite, and widow of Manasses. According to the deuterocanonical Book of Judith, in order to deliver the Israelites from the foreign conquerors, she went with her loyal maid to the camp of the enemy general, Holofernes. Using her charm, she gained his trust, promising him information on the Israelites. One night as the enemy lied drunken, she was allowed to access to his tent, so seized her sword and decapitated him. Having lost their leader, the Assyrians dispersed and Israelites were saved and could counter-attack them. 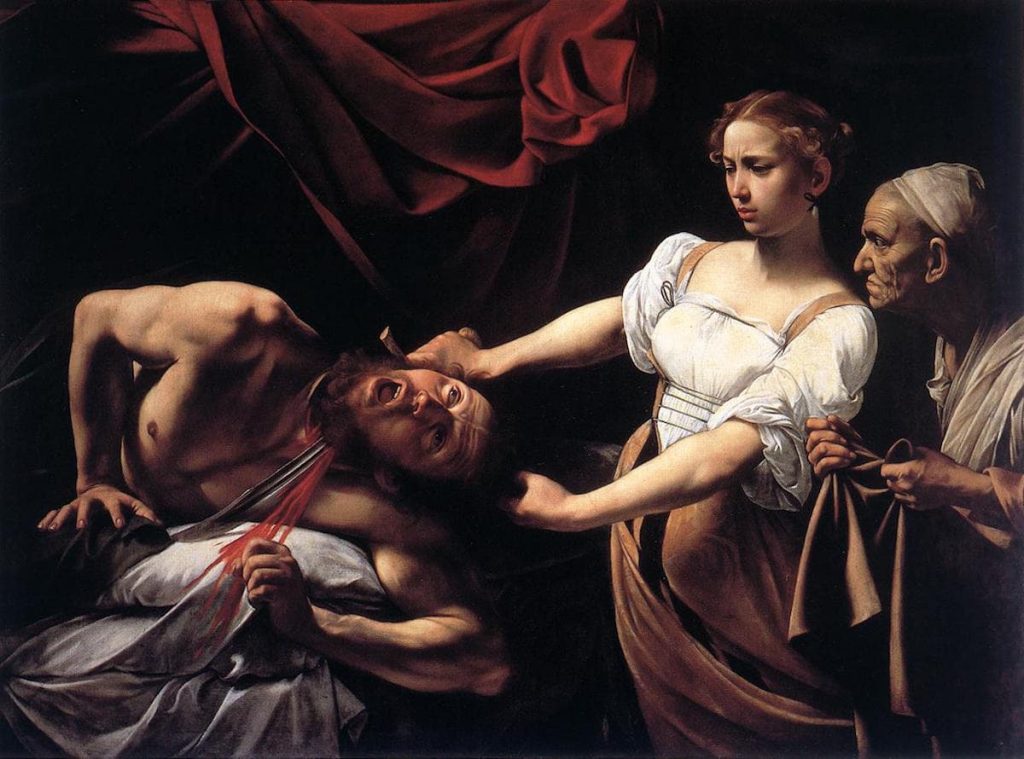 See this painting at Palazzo Barberini.

Cecilia was a young noblewoman of Rome, who lived at the time of the Emperor Alexander Severus. According to the legend, mentioned in the Acts of the Martyrs, she was forced by her parents to marry a pagan nobleman named Valerian, despite her vow of virginity. To prevent the marriage to be consummated, Cecilia convinced Valerian respect her virginity. Valerian accepted to convert himself to Christian religion and to be baptized by Pope Urban I.
To cherish her Christian faith, Cecilia suffered the martyrdom around 230 AD, following that of her husband Valerian and his brother Tiburtius at the hands of the prefect Turcius Almachius. Unfortunately, she survived the sword strike by the executioner, who couldn’t find the courage to kill once and for all the young and innocent girl, so she died alone three days later in her home, which was converted into a church, the basilica di Santa Cecilia in Trastevere. 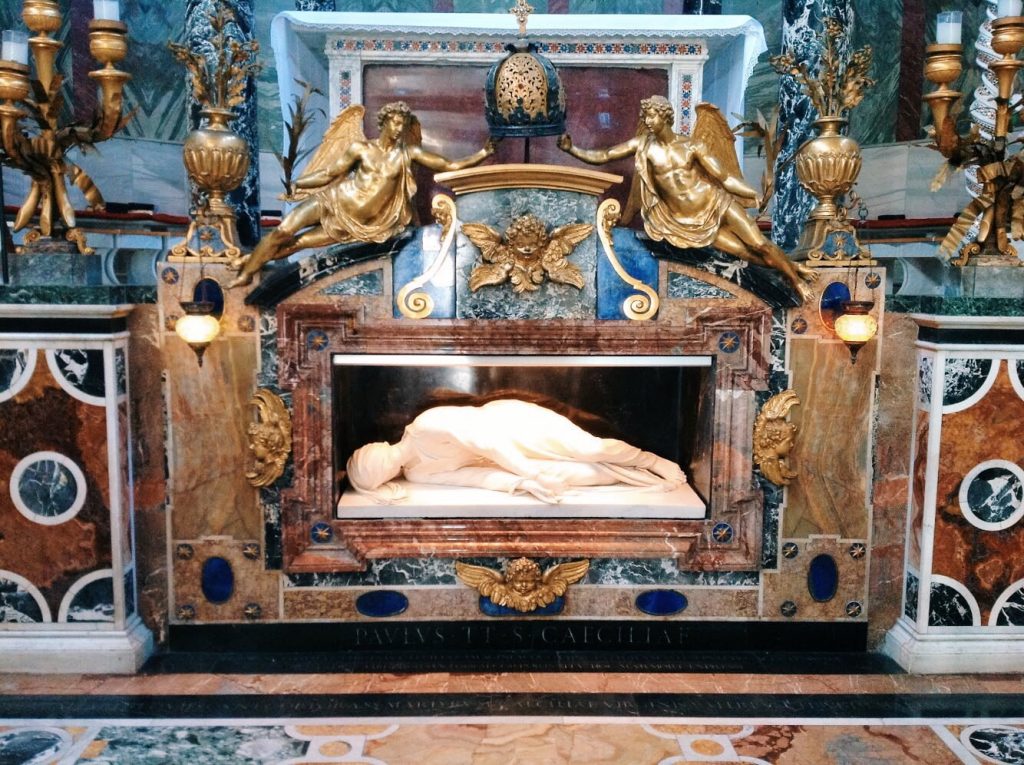 See this sculpture at the basilica di Santa Cecilia in Trastevere.

Margherita Luti (by the mid-eighteenth century referred to as La Fornarina, "the baker's daughter") was the widowed daughter of Francesco Luti of Siena and became the lover and model of Renaissance master Raffaello Sanzio. She succeeded in conquering the artist’s heart for his entire life, notwithstanding that, according to Vasari, Raphael was a "very amorous man and affectionate towards the ladies". She became his muse for many paintings and also sonnets attributed to the artist, dedicated to the Petrarchan theme of ideal love. Margherita remained attached to his love for the rest of her life, too: a document discovered in 1897 mentioned that Margherita retired to the Convent of Santa Apollonia four months after Raphael's premature death at the age of only 37 years. 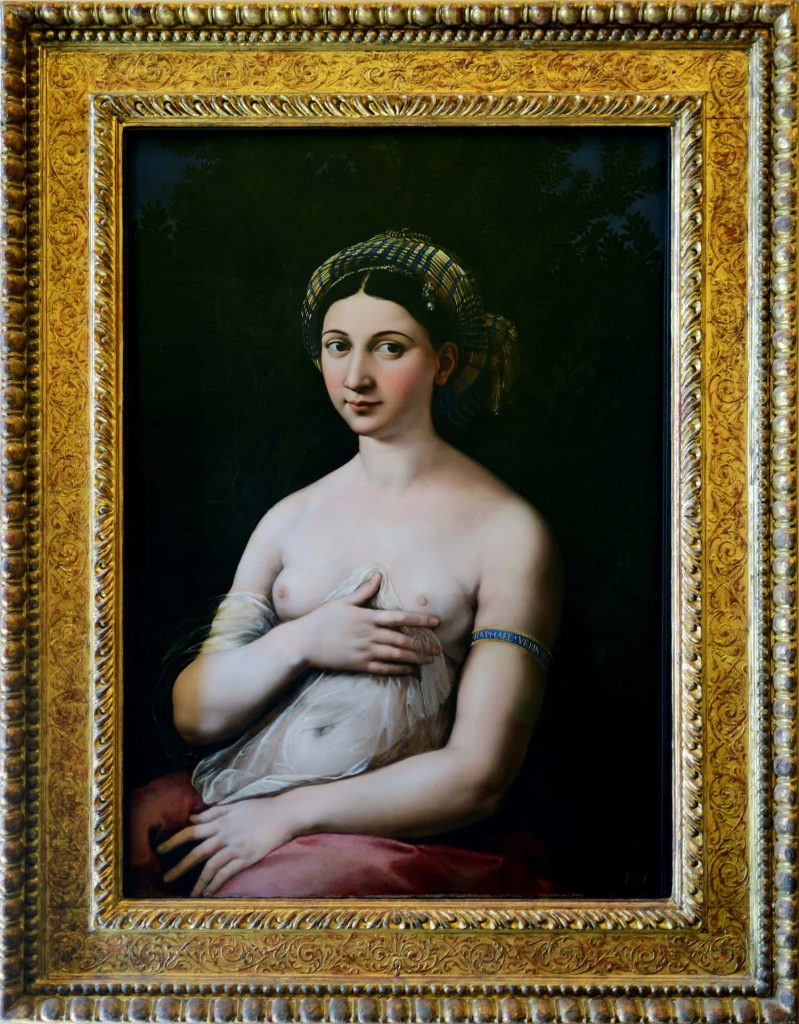 See this painting at Palazzo Barberini.

Artemisia Gentileschi-Lomi was an Italian painter, born in Rome at the end of the Sixteenth century as the eldest child of the Tuscan painter Orazio Gentileschi. In a period when female painters were not common or endorsed by the artistic community, she was an independent and brave woman, determined to live by her painting activity. She succeeded to be the first female artist to become a member of the Accademia delle Arti del Disegno in Florence and to had international patrons. At present, she is deemed as one of the most accomplished painters in Caravaggio’s following generation of artists. 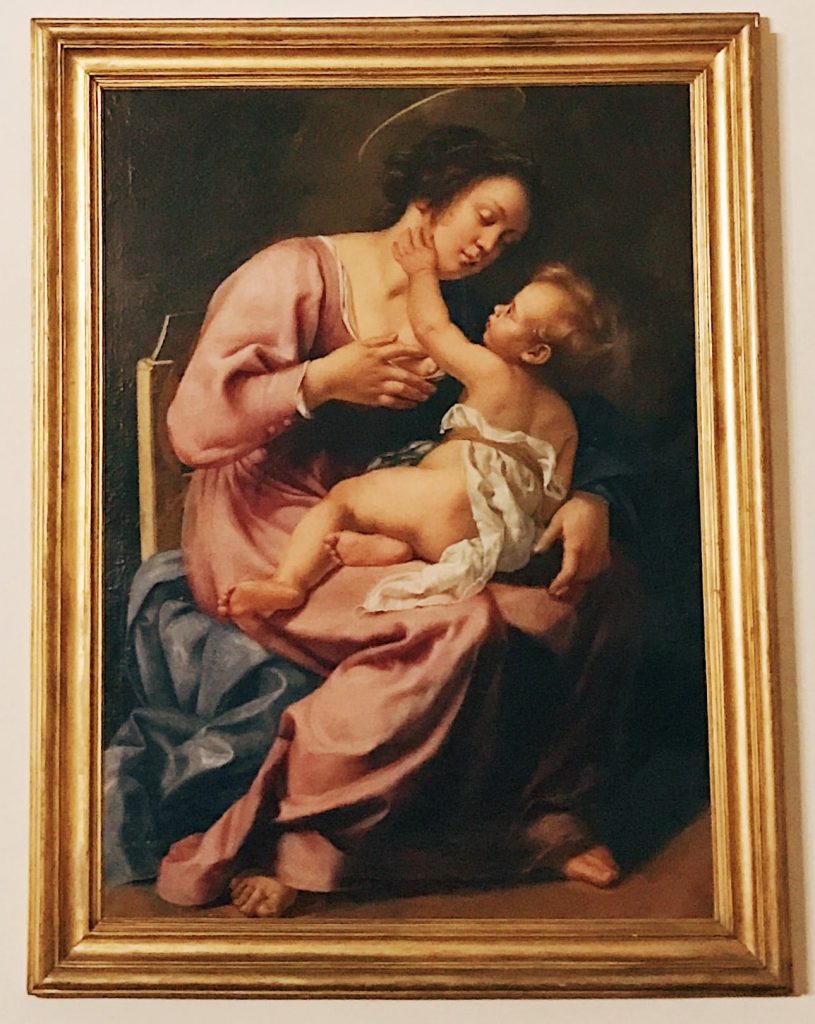 See this painting at Galleria Spada.

Celebrating the 2771st birthday of Rome