The Eternal City is a very special diffuse museum composed of statues, temples, obelisks, columns, fragments but, in the meantime, also made up of ancient cultural connections among objects, memories and local traditions still in use, which are not truly understandable if you don’t experience and compare them in first person, exploring the place itself. 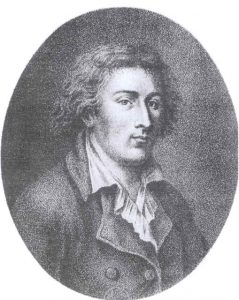 This thought was expressed back in 1796 by the art theorist Antoine-Chrysostome Quatremère de Quincy (Paris, 1755 – Paris, 1849) in the second of his enlightened letters probably addressed to military leader Francisco de Miranda in the heat of the French Revolution.

More than 200 years ago, the author highlighted the essential importance of the actual context where the works of art were created and should have remained, to really offer themselves as models and inspire generations of talented artists. Rome is the native land for that art and, therefore, the removal (read: looting) of art pieces by the French commission, in theory pursued to “protect” that artworks and put them on display in a faraway universal museum, was damaging from any point of view. The material heritage could be unjustly dismembered, but the native context of light, colors, traditions and surrounding art couldn’t be borne away from Rome and moved alongside the single artwork. Rome is the true universal and widespread museum to be preserved.

You find the paintings here

It is possible to transfer completely all other species of public deposits of education: that of Rome’s antiquities could not be copied but in part; in its entirety, it is immovable. [...] The real museum of Rome, the one of which I speak, is indeed made of statues, giants, temples, obelisks, triumphal columns, baths, circuses, amphitheatres, triumphal arches, tombs, stuccos, frescoes, bas-reliefs, inscriptions, fragments of ornaments, building materials, furniture, tools, etc. However, it is equally composed of places, sites, mountains, streets, ancient roads, of the respective positions of the ruined city, its geographical relations, the relations between all objects, memories, local traditions, still existing habits, comparisons and contrasts that you cannot do but in the location itself

Quatremère represented the other soul of French thinking and contributed to the modern awareness of the important link between history of art and history of the related territory as well as the conscious education about the respect towards the local cultural heritage, which still echoes and inspire nowadays. 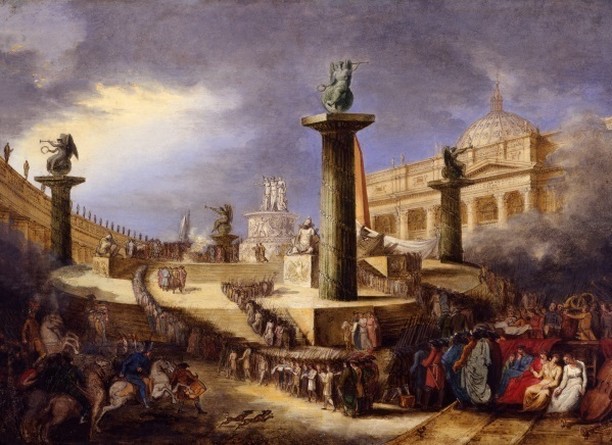 The Colosseum. An icon