There is a day in the history of Rome when a man turned into an immortal divinity. 2060 years ago and every year since that time Gaius Julius Caesar dies at Largo di Torre Argentina and enters the endless glory for the people of Rome.

According to the historic accounts, Caesar suddenly fell under 23 stab wounds, inflicted on the Ides of March in 44 BC by some of his closest men at the Curia of Pompey, a political meeting hall located at the entrance to the Theater of Pompey, in an area corresponding to the still visible Area Sacra di Largo Argentina in Rome. 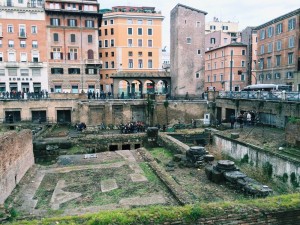 One of the most infamous murders in the passage from Republican to Imperial Rome, Julius Caesar’s assassination inspired generations of artists and William Shakespeare above all. Every year in this period many people come to Rome to pay homage to him, dropping a flower to the great Roman statesman, and to attend he annual historical re-enactment of his assassination is held in the afternoon at Largo di Torre Argentina, the archaeological area exceptionally open for this occasion. The death of Caesar is also depicted in a 19th century artpiece on display at the Galleria Nazionale d'Arte Moderna e Contemporanea near Villa Borghese, painted in preparation for the big canvas at the Museo Nazionale di Capodimonte in Naples by Vincenzo Camuccini, renowned personality in the conservation of Rome cultural heritage as well as important classicist painter of historic subjects. 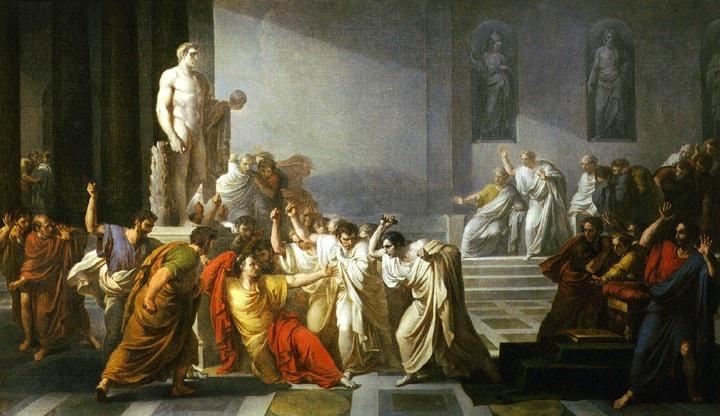 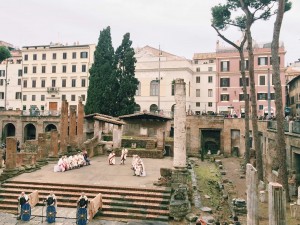 Along with his death, Julius Caesar’s projects to expand the borders of the Roman dominion in the East absorbing the Parthian Empire as a crowning achievement of his aspiration to found a universal empire were tragically interrupted, less than a month before the beginning of the Lupercalia festival and few days before his departure for the oriental feat.

The group of mostly praetors and senators who organized the conspiracy, like Marcus Junius Brutus, Gaius Cassius Longinus and Decimus Junius Brutus Albinus, wanted to solve the crisis of the Republican institution, hoping to revive the ancient libertas thanks to the assassination of Caesar, the dictator considered as the enemy of the senatorial tradition. But their conspiracy couldn’t have any far-reaching political outcome.