A stone's throw from the Termini Station, all the hustle of the living city calms down and lets the senses awaken at the Museo Nazionale Romano alle Terme di Diocleziano. One of the four seats of the National Roman Museum instituted 127 years ago, on the 7th February 1889, this complex is a refined haven nestled in the imposing remains of the Baths of Diocletian, the largest baths complex of Ancient Rome, opened to the public in 2014 after the recent restoration works lasted 6 years. 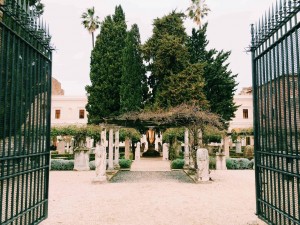 The sound of the footsteps in the yielding gravel blends in the gush of the water, while walking across a gate, an arbor laying on columns, among fragments of ancient sculptures, a beautiful fountain, lush trees and so high palms: this is the garden which embraces the visitor entering the Museo Nazionale Romano alle Terme di Diocleziano.

The 6 years long restoration process, officially ended in 2014 to celebrate the bimillenial of Augustus’ death, restituted to visitors a widened visit path enriched with multimedia and educational materials. This is also a path trough History: it develops from the remains of Ancient Rome, that are the newly accessible majestic spaces of the Baths of Diocletian like part of the Natatio (the big open-air pool) and the adjacent Aula VIII, then through the Renaissance Chiostro piccolo della Certosa di Santa Maria degli Angeli and the Chiostro grande di Michelangelo together with the Giardino dei Cinquecento, finally up to the three floors of the 19th century museum building. 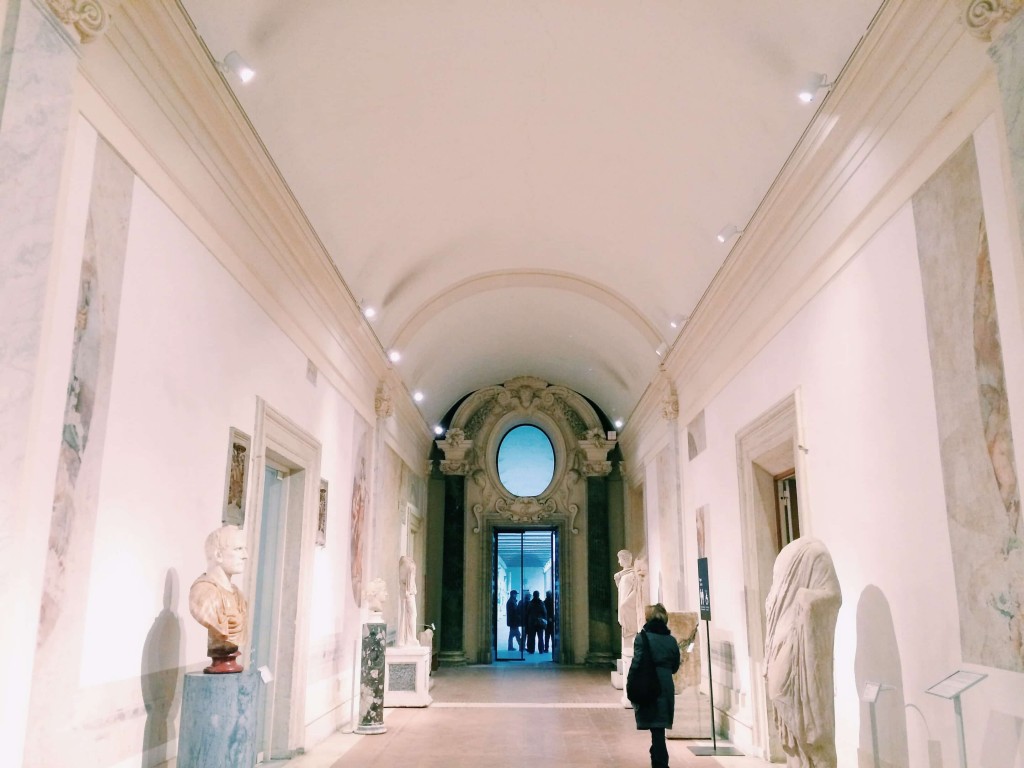 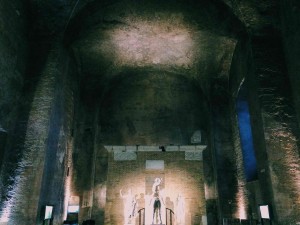 Aula X of the Baths of Diocletian, Museo Nazionale delle Terme di Diocleziano, Rome. The wide spaces of the “Grandi Aule” (grand halls) such as the Aula VIII, Aula X and Aula XI, were organized with different functions around the central area of the baths.

This composite museum displays various gatherings of Antiquities, including one of the richest and important collections of epigraphs in the section dedicated to the written communication in the Roman world belonging to the Museo Epigrafico (Epigraphic Section). Moreover, the Museo Protostorico (Proto-history of the Latin Peoples Section) set up at the second floor of the Chiostro di Michelangelo features the most ancient archaeological materials coming from the Latium region. 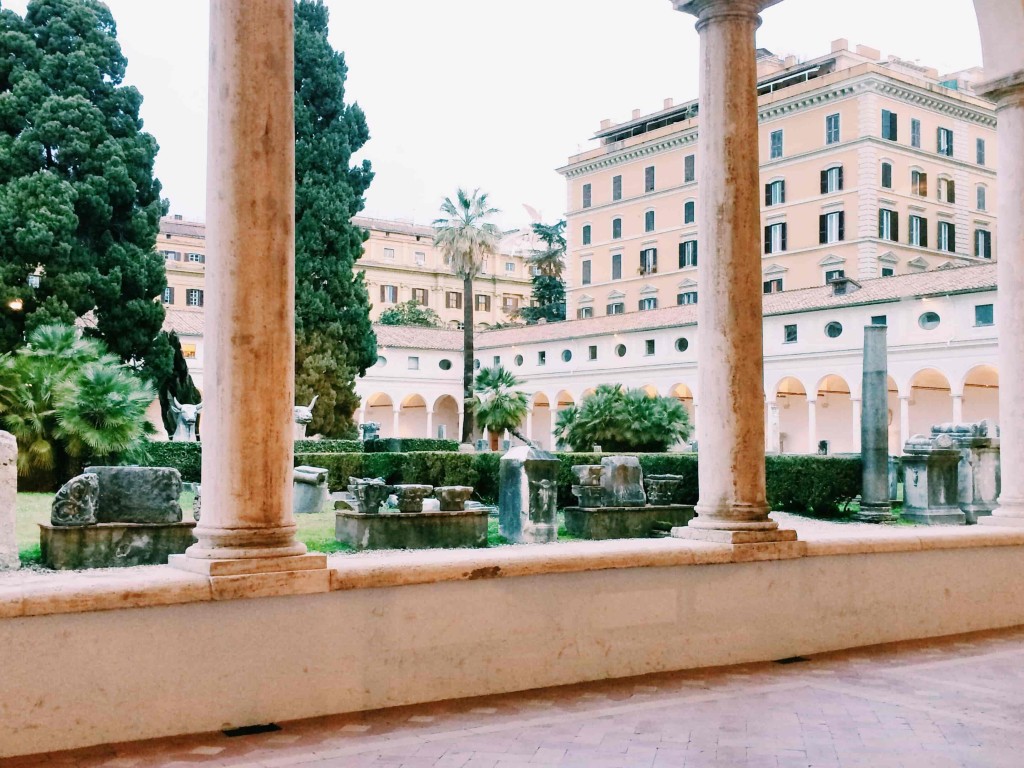 The beautiful 'chiostro grande' or 'Chiostro di Michelangelo' viewed from the Museo Nazionale Romano alle Terme di Diocleziano. The transformation of part of the baths monumental complex in monastic seat was fostered when pope Pio IV granted the Carthusian monks the care of the Terme di Diocleziano ruins around 1561. The building works for a new convent started after the act of donation of pope Clemente VIII in 1595, probably still following Michelangelo's conception although the design of the Charterhouse and the details have been attributed to Jacopo del Duca's intervention.

The wide rooms of the central complex were converted by Michelangelo Buonarroti to the building of the basilica di Santa Maria degli Angeli e dei Martiri, then linked to the annexed Carthusan Monastery, which rose on the other spaces of the ancient baths, equipped with the Charterhouse and two cloisters, the “chiostro piccolo” and the imposing “chiostro grande” (also called “Chiostro di Michelangelo). 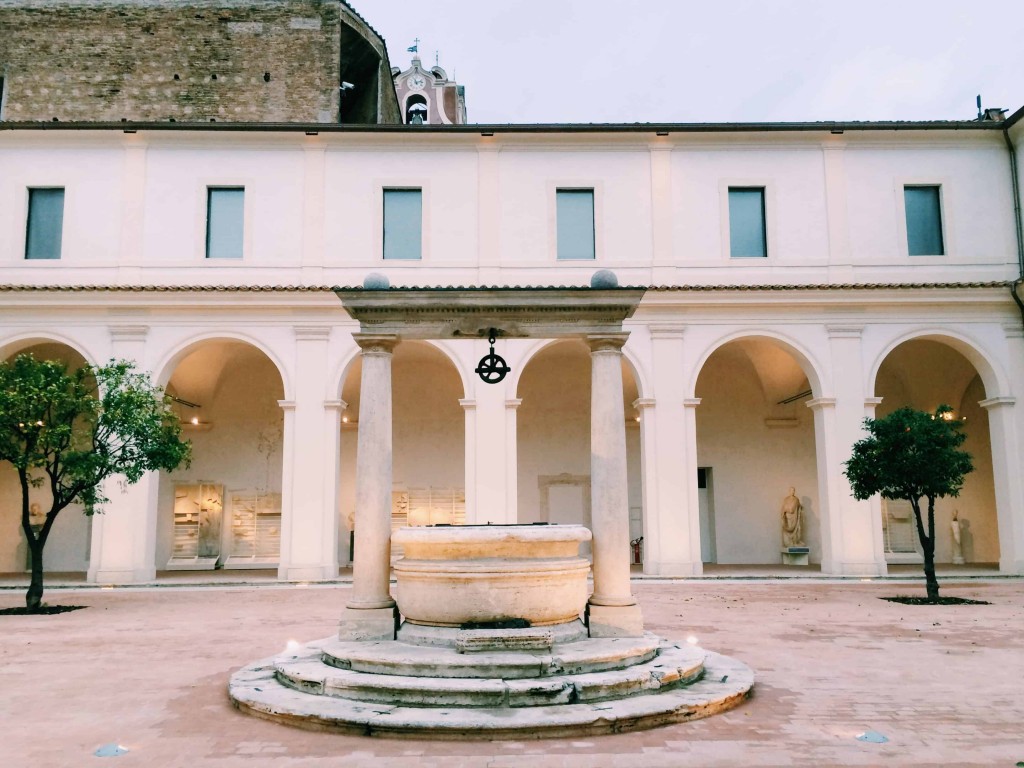 The recently restored Chiostro piccolo della Certosa di Santa Maria degli Angeli. Thanks to the recent restoration works, a 16th century fresco has been discovered, painted on one of the lunettes belonging to the “chiostro piccolo”. The painting represents a dead Christ supported by three angels, between pope Pio IV, first patron of the basilica and the cloister and a Cartusan monk, possibly Saint Brunone, founder of the Order. 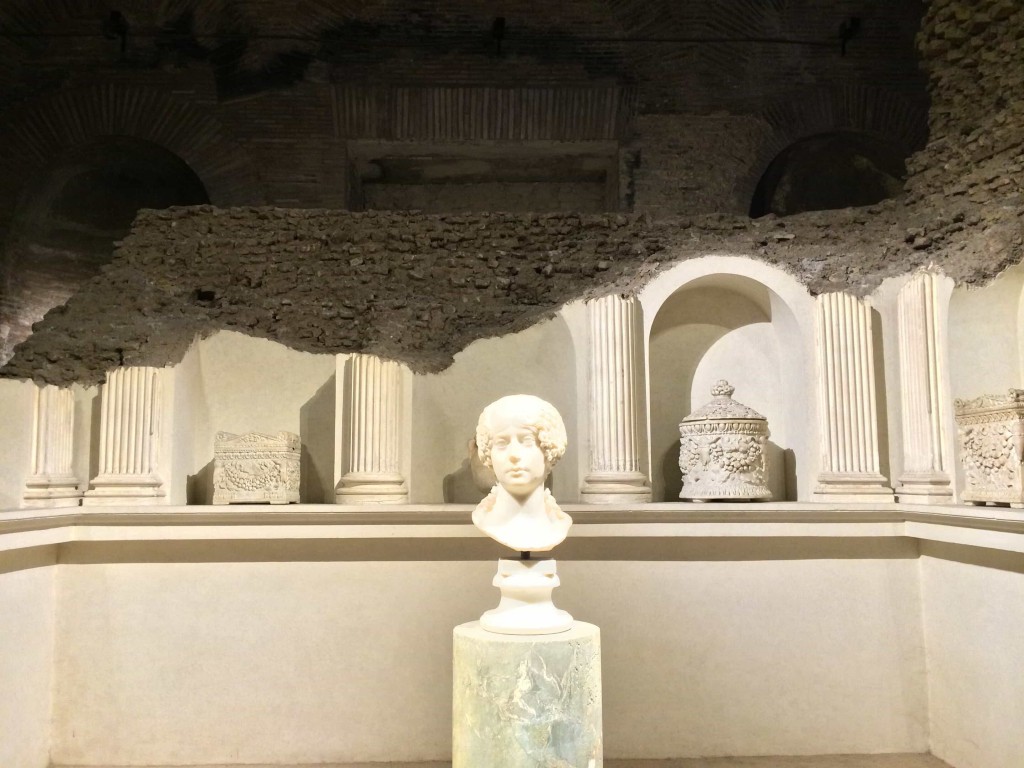 The so-called Sepulchre of the Platorinii, rebuilt by Roberto Paribeni on the occasion of the important archeological exhibition in 1911, Aula X, Museo Nazionale Romano alle Terme di Diocleziano. The tomb was discovered in 1880 on the right bank of the Tiber river, between Ponte Sisto and via della Lungara, but it was demolished in 1883 because of the building of the Tiber embankments and most of the materials were moved to the Terme di Diocleziano. The typology of the building materials dates from the Augustan/Giulio-Claudian age and, in particular, the decoration dates back to the age of Tiberius. 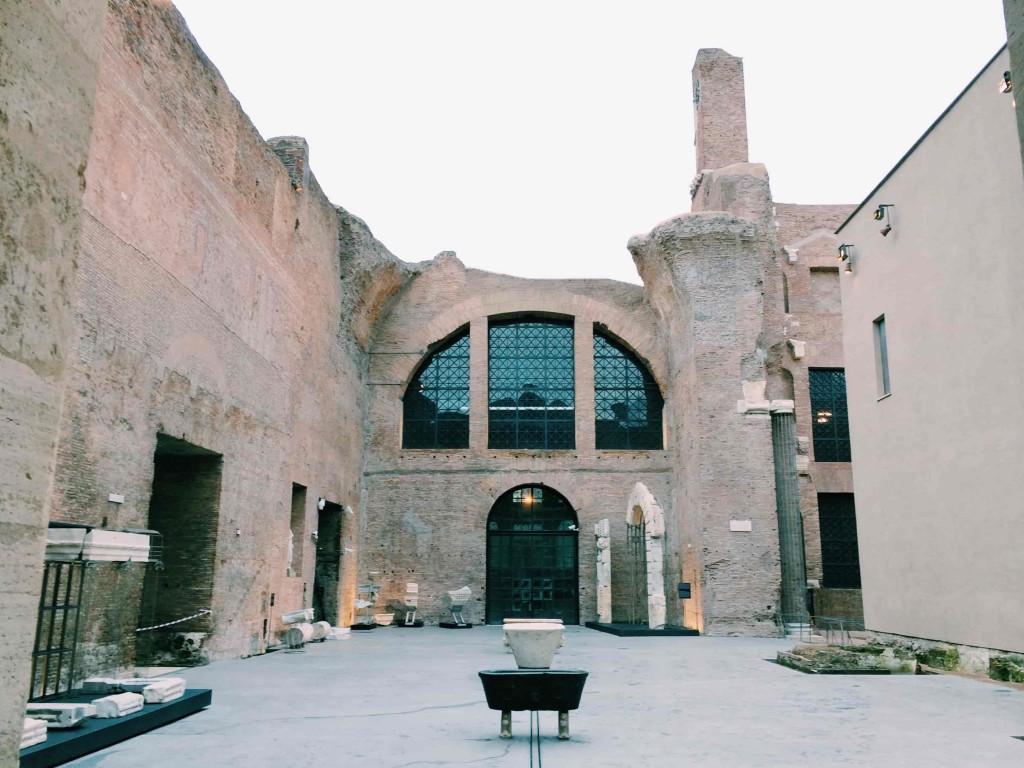 Aula VIII of the Baths of Diocletian. The imposing Baths of Diocletian were one of the largest baths complex of Ancient Rome, once adorned with polychrome marbles, sumptuous mosaics and sculptures. Built between 298 and 306 AD, the baths were commissioned by Maximian as a tribute to Diocletian and spanned more than 13 hectares on the northeast summit of Viminal Hill. At the center of the xystus (garden), the main nucleus of the monumental complex was composed of various spaces as the frigidarium (cold bath), tepidarium (tepid bath) and calidarium (hot bath).
TagsAncient RomeArchaeologyArchitectureBaths of DiocletianHistoryMichelangelo BuonarrotiMuseo Nazionale Romanorestoration

Moment, movement and pathos of the Laocoön: ...