Home›News›Today in History›Pietro Bembo, the humanist cardinal in Rome
Share via

The cardinal and humanist Pietro Bembo died on the 18th January 1547 in Rome. Once lover of Lucrezia Borgia and influential scholar, he was active in various cultural centers of Renaissance Italy and he also inspired the name of the book typeface “Bembo” which is still renowned today. 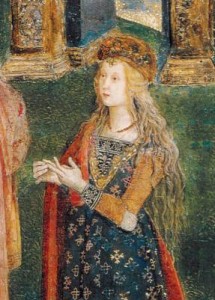 Pietro Bembo was born in 1470 in Venice to an ancient patrician family, being son of humanist Bernardo Bembo. He traveled to various cultural centers as Florence, Messina, Padova, Ferrara, Urbino and Rome, becoming a prestigious literary scholar as well as author, deeply involved in the active network of humanists in Renaissance Italy. In Ferrara, Bembo met Lucrezia Borgia when she was married to Alfonso d'Este. He probably had an affair with her: an intimate epistolary and the dedication of Bembo's dialogues Gli Asolani to Lucrezia also prove their acquaintance.

Bembo collaborated with Aldo Manuzio Sr., humanist and publisher at the “tipografia aldina” (Aldine press) in Venice, where the mysterious incunabulum of the Hypnerotomachia Poliphili was then printed in 1499, rich of allegories like the Elephant and Obelisk. There, Bembo published De Aetna ad Angelum Gabrielem liber in 1496, an essay written in Latin where a new exemplar typeface then called “Bembo” was specifically used for the first time, designed by the punch cutter Francesco Griffo as a sign of the humanists’ devotion to the ideal harmony of both visual and conceptual Classic values. 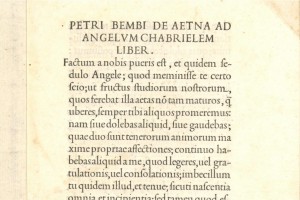 Pope Paolo III, born Alessandro Farnese, nominated Pietro Bembo as cardinal “in pectore” on 20th December 1538. Bembo returned to Rome some months after he received the red hat in 1539 with title as cardinal deacon of San Ciriaco alle Terme Diocleziane, a title soon substituted with that one of Santi Quirico e Giulitta.

While in Rome, Bembo resided at Palazzo Baldassini in Campo Marzio, dedicating himself to the study of theology and classical history and constituting a valuable and composite antiquarian collection of books and manuscripts.

He died aged 76 and was buried in the basilica di Santa Maria sopra Minerva.

Raffaello, Parmigianino and Barocci at the Musei ...